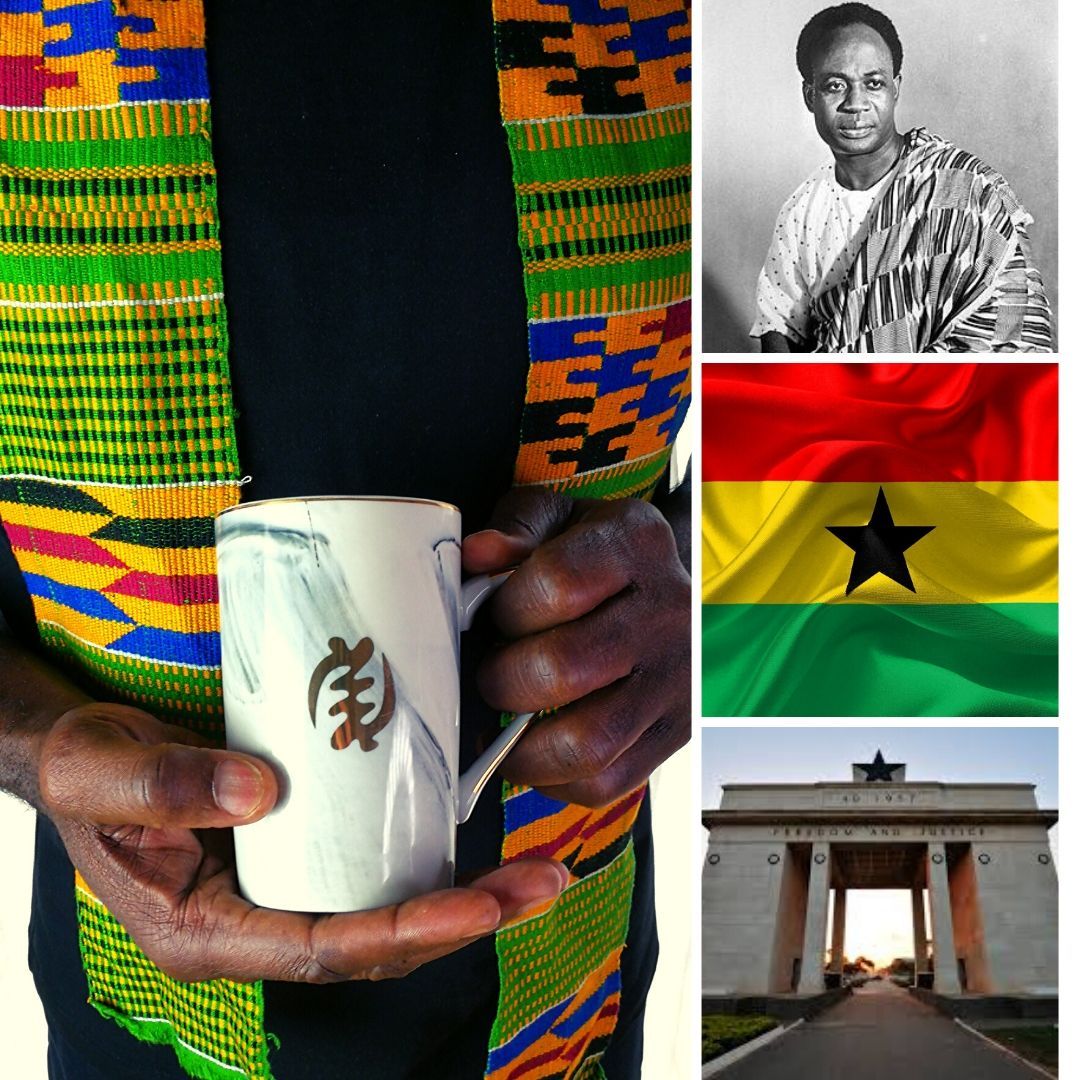 Why thanks to Kwame Nkrumah?

Our father used to tell us how he and our granddad used to distribute the handouts of the CCP, the political party of Kwame Nkrumah. As a young boy, our father was part of the “Ghana Young Pioneers” and met Kwame Nkrumah several times. You can still see the glow and admiration he has for him and his achievements when he reminisces about the past.

But what exactly was Kwame Nkrumah’s part in the history of the Gold Coast becoming the first British Colony to become independent in Africa?

Here is our summary of the History of Ghanaian Independence:

It all began in 1947: After WW2 Britain lost their Asian empires. Britain’s economy was weakened and they needed to compensate for their loss of the Asian empires by increasing the African economy.

The same year Kwame Nkrumah returned from his studies abroad in the US and Britain to the Gold Coast. He supported demonstrations & protests by ex-soldiers who fought for Britain in WW2 and were poverty-stricken. They were attacked by British troops which caused riots across the country. Kwame Nkrumah and other national leaders were arrested for 2 weeks, which lead to more demonstrations by students and teachers.

In 1948 the Universal Declaration of Human Rights and the United Nations was stated. Britain wanted to decolonized African colonies but planned it over a span of 20-50 years!

In 1949 Kwame Nkrumah founded the CPP ( Convention People’s Party). They started a huge campaign with the slogan “Self-Government Now”) and gained lots of support, also because of linking economic and social problems to its vision of political independence.

The British tried to isolate Kwame Nkrumah and he was sentenced to three years in jail for his activities. But even imprisoned he gained more supporters and credibility.

In 1951 while still in prison Kwame Nkrumah and his CPP won 34 of 38 seats. Kwame Nkrumah was then freed from prison by the governor and colonial administrator Charles Arden Clarke on 9th Feb 1951 and became the leader of government business later that same day.

For the next six years, he worked closely with Charles Arden Clarke to achieve the Independence of the Gold Coast.

Red: stands for the blood that was shed during the fight for Independence

Gold: stands for the Industrial Minerals of the country

Green: represents the rich grassland that Ghana has to show

The colours of the Ghana Flag are all symbolic of the pan African movement as this was also the key theme in the early history of Ghana’s independence. The independence was celebrated in the African diaspora as well. African- American including Martin Luther King Jr and Malcolm X visited Ghana after achieving Independence. Even today Ghana is working closely with the African- American Diaspora supporting them to reconnect with their culture.

Ghana nowadays is a proud land with a steadily growing economy, rich culture and landscape. Its beautiful citizens welcoming people from all around the world.

My sister and I are very proud of our Ghanaian roots. We received our Ghanaian Passports this year which makes us extremely happy. And to say it in Mr. Nkrumah’s words: “I am not African because I was born in Africa but because Africa was born in me.”

These last days have...

The Adinkra mugs will...

Sorry, the comment form is closed at this time.

Currently, we only ship within the UK. UK Free Shipping!