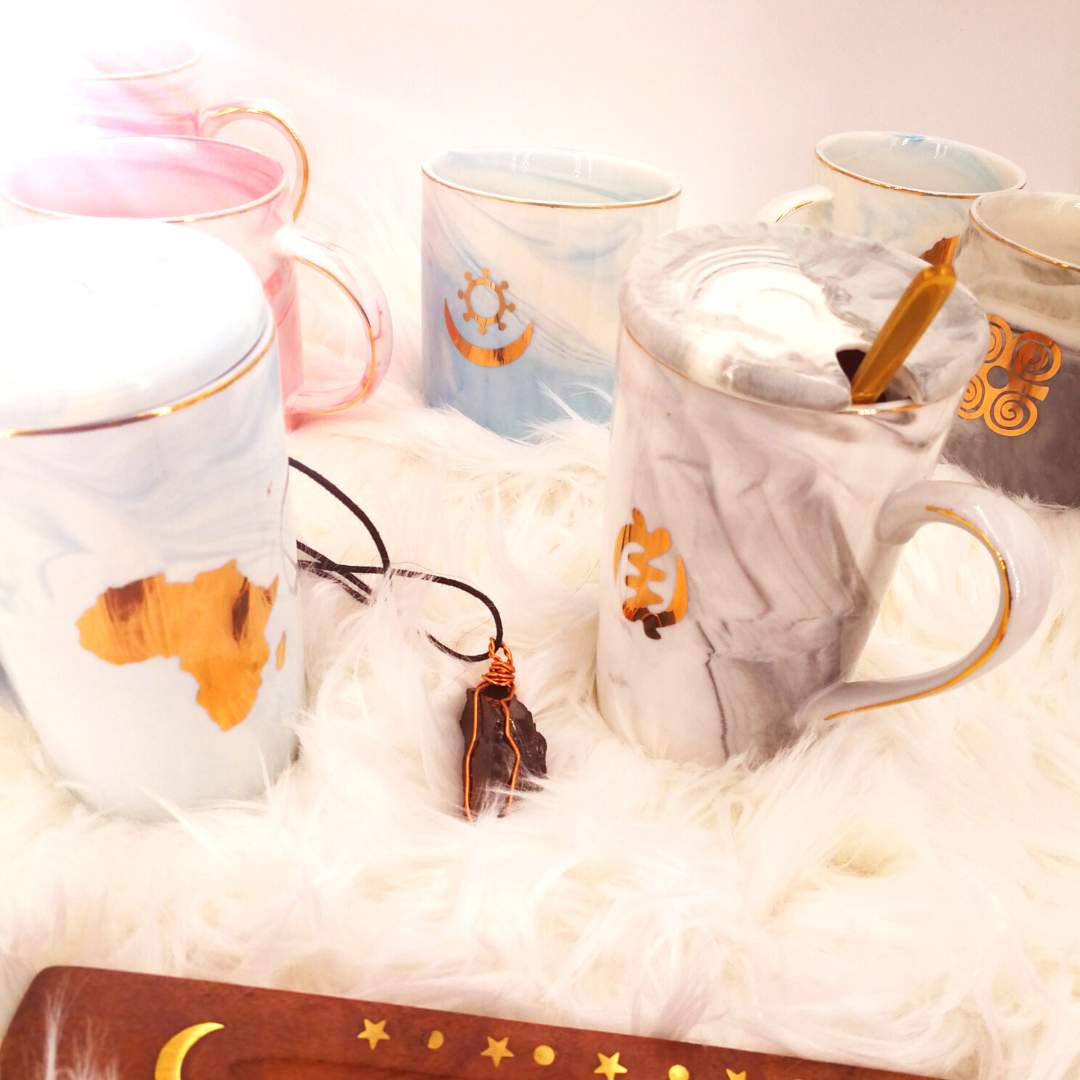 Adinkra symbols are West African symbols mostly known in Ghana and the Ivory Cost. Traditionally, only the nobles and religious leaders had the privilege to wear Adinkra cloth on special events.

It is said that the King Nana Kofi Adinkra from Gyaman, an area now in the Ivory Coast provoked the King Nana Osei Bonsu from Ashanti. Nana Kofi copied the golden stool from Nana Osei. This lead to war between the Gyaman and the Ashanti. The Gyamans were defeated and taken captives. Nana Kofi was dressed in pattern cloth to respond to his grief on being taken to the capital of the Ashanti, Kumasi. It is said that the Ashanti learned the art of the pattern and symbols by the captive craftsmen and developed them into the Adinkra symbols known today. Because of the great significance of the Adinkra symbols other ethnic tribes in Ghana, like the Ewe, Gaas or Fantes adapted them.

There are about 400 known symbols, but only around 100 have been translated into English. Adinkra transport messages of traditional wisdom with cultural and religious aspects. They are not just proverbs, folktales they also portray important events and the behaviour of flora and fauna plus the human’s behaviour.

Nowadays Adinkra symbols have been adopted and integrated into fashion, architecture, wood carvings, jewellery and pottery. Also, the Afro-American culture is using them widely to cherish their African roots and history.

The ancientness of the Adinkra symbols makes them very spiritual and strong. The global scope of the Adinkra expands fastly thanks to the younger African generation who is celebrating and cherishing them in different ways and perspectives. This shows that Adinkra symbols are still transporting their traditional wisdom and still are an important guide for moral behaviour and ethical standard for African society.

These last days have...

The Adinkra mugs will...

Sorry, the comment form is closed at this time.

Unfortunately, due to the COVID situation we have to pause our Online Shop for a little while. We are sorry for this inconvenience. When you follow us on Instagram or signed up for our Newsletter you will be the first one notified about any updates.